It is a piece of crucial information to have if you are thinking about adding a second pet turtle to your household or if you currently have two turtles and want to learn how to better care for them.

Is it possible for two turtles to share a tank? The answer is yes.

Consider your options carefully before choosing a home for your pet turtles. Allowing them to do so can lead to various issues, including the spread of disease, severe territorial aggressiveness, and conflicting climate demands.

It depends on the temperament of each turtle, as well as a few other things to be considered, such as species, size, sex, age of both turtles, and the tank’s size and equipment. 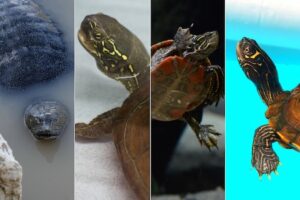 If you want to keep two turtles in the same tank, make sure they are the same species, or at least species compatible, and that their care requirements are the same or extremely comparable.

Many turtles, particularly those of the aquatic species, have strong territorial streaks. If male turtles of the same species live in close quarters, there may be many fighting. Putting small and huge individuals together can also be exceedingly dangerous. Even if they are of the same species, young and mature individuals should not be kept in the same enclosure.

In most circumstances, turtles of various species should not be kept together in the same tank. While turtles of many kinds can live together peacefully, there is a possible health risk. If one turtle comes from a different place than the other, one may be immune to the diseases that the other carries.

If one transmits anything to a cage mate of a different species by contact, there is no guarantee that the other will be protected in the same way. This could cause the other turtle to become extremely sick, and in some cases, they could die. By avoiding putting different species together, you can prevent these types of problems from developing.

Turtles from all over the world have a wide range of personalities, and some turtle species are more fearful than others. If a shy turtle is forced to live among a bolder and more outgoing species, it may be subjected to a great deal of harassment and even aggression. Aggression between turtles can quickly evolve into violence that can be deadly, or at the very least, cause serious injuries.

The size and age of your turtles are connected and crucial when considering housing them together. Aggression and fighting are more likely when one turtle is substantially larger than the other.

This can be lethal if a fully-grown adult turtle attacks a yearling or juvenile turtle or if two different species are significantly larger than one another. It may be possible to house your turtles together if they are of similar size and age and are of the same or similar species with similar care requirements.

Turtles’ gender has a big impact on whether they can be housed together. When turtles are hatchlings and juveniles, it might be hard to distinguish their gender because male and female turtles seem very similar. Because of the possibility of mating, putting a male and female turtle in the same cage is probably not a smart idea.

Turtles are very messy creatures, so you want to make sure you have a great filter for them.  Make sure to get a filter that has two to three times as much capacity as the size of your tank.

Different turtles have different feeding and climate requirements. Never put a turtle in an environment that is not designed to meet the needs of its species. Because of their lifestyle similarities, some owners allow slider turtles (Trachemys scripta), painted turtles (Chrysemys picta), and Florida red-bellied turtles (Pseudemys nelsoni) to live together.  This should only be done after consulting a herpetological doctor. 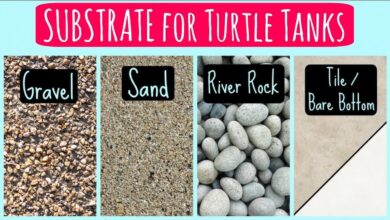 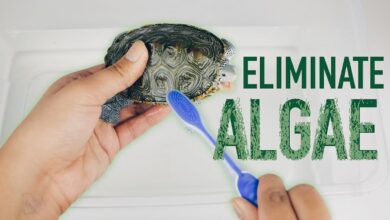 Small Amounts of Algae On Your Turtle 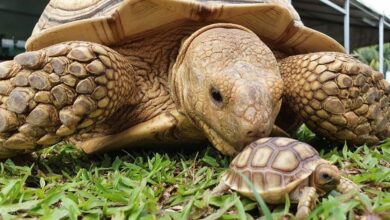 The British and places to buy in the UK 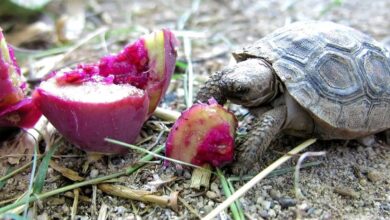