Though everything about turtles looks a bit awkward, these animals are fascinating to observe in captivity or the wild. Whichever it is, it is essential to know that some turtles are active during the day (diurnal), while others are at night (nocturnal). By identifying their form and activity patterns, you can already make a few generalizations since related species often have similar habits.

Most tortoises are diurnal and will spend their days eating, foraging, and mating and nights hiding in a deep burrow or vegetation. Pancare tortoises protect themselves by wedging their flat bodies into tight rock crevices. Though box turtles or the Asian turtles of the genus Cuora feature a hinged shell, they are not closely related to North American box turtles. The Asian box turtles are primarily nocturnal, while the North American box turtles are almost exclusively diurnal and are semi-aquatic leaning towards terrestrial.

Most basking species – including painted turtles, red-eared sliders, map turtles, and cooters – are diurnal. During the day, these turtles hunt for food, find mates and bask on exposed logs and rocks. Sleeping behavior among these turtles is highly individualistic and different members of the same species may choose to sleep underwater, or on exposed wood, rock, or sandy beach. 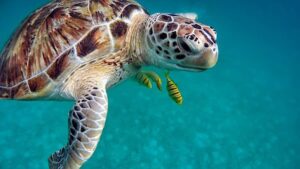 Mud and musk turtles are most active after dark but can also be proactive by day. Visitors can often observe the small turtles foraging on the bottom at night. Common and alligator snapping turtles are primarily nocturnal, though they may occasionally be seen swimming near the surface during the day.

Both species like in the water, so when female turtles must lay eggs, they do it under cover of darkness. The mata mata turtles are much like the snapping turtles ecologically because of being nocturnal.

Primarily, sea turtles are diurnal and spend their nights floating near the surface or tucked into a rock or coral crevice. Young sea turtles sleep on the surface and have been observed resting with their folded back front flippers over their shell. Egg-laying behavior is the only exception; at night, female sea turtles will come ashore to dig a hole in the sand where they will deposit their eggs. Some sea turtle species hatch at night and are thought to navigate by moving towards the brightest horizon. 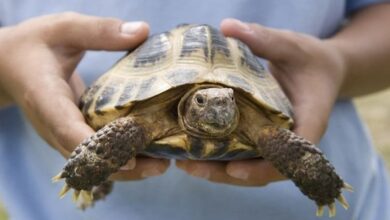 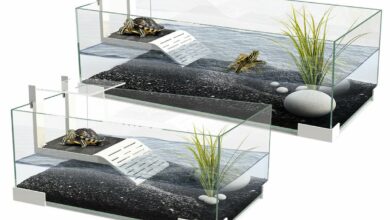 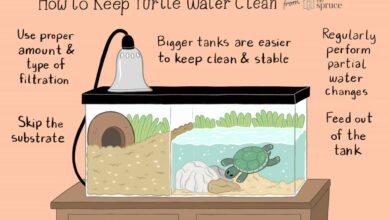 How to Clean Your Turtle’s Tank? 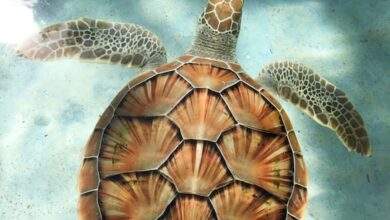